H.H. Karmapa is the head of the Karma Kagyu school of Tibetan Buddhism. Born in 1983 in central Tibet, he began telling his parents, the great Nyingma lama Mipham Rinpoche and Dechen Wangmo, that he was the Karmapa almost as soon as he could speak. Traditionally, the Karmapas are said to recognise themselves in each incarnation. Following the tradition of many centuries, the child was tested and formally recognised by the highest lama in the Karma Kagyu after the lineage head himself, the 14th Shamar Rinpoche, and given the name Trinley Thaye Dorje, meaning Limitless Unchanging Buddha Activity.

Having escaped from Chinese-controlled Tibet in 1994, H.H. Karmapa has lived in New Delhi and Kalimpong for many years. He travels extensively throughout India, attending significant events such as the Kagyu Mönlam in Bodh Gaya each year, teaching and granting empowerments to students.

He has also visited many countries in Asia and Europe, as well as Russia, starting with giving empowerments to thousands of students in Taiwan and Singapore in 1999 and continuing actively to this day.

His formal education was completed in 2003, at which time he received the title of Vajracharya, or Great Tantric Master.

H.H. Karmapa has the spiritual responsibility for over 900 monasteries and meditation centres worldwide, including the Karmapa International Buddhist Institute (KIBI), which runs courses in Buddhist higher education.

Lama Jigme Rinpoche moved from Kham in the East of Tibet, the land of his birth, after the Chinese invasion in 1955. He then resided in Tsurphu, the main seat of the Karmapas. When in 1959, H.H. 16th Karmapa left Tibet, he went with many other high lamas to Rumtek, in northeastern India, in the state of Sikkim and started a monastery there, to continue and preserve the teachings. In Rumtek, H.H. Karmapa gave Lama Jigme Rinpoche the Kagyu transmissions directly, and in 1974, he appointed Lama Jigme Rinpoche as his representative in Europe, asking him to run his European seat Dhagpo Kagyu Ling in Dordogne, France, saying “In the person of Lama Jigme Rinpoche, I leave you my heart”.

Lama Jigme Rinpoche directs the French centres of the Dhagpo Kagyu Mandala, is a spiritual advisor to the Diamond Way Foundation, and General Secretary of the Karma Kagyu school. 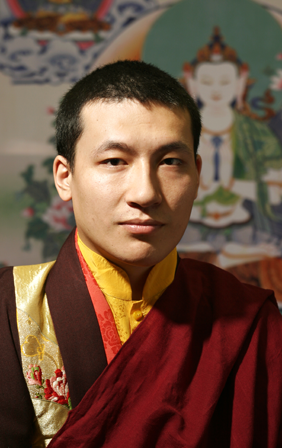 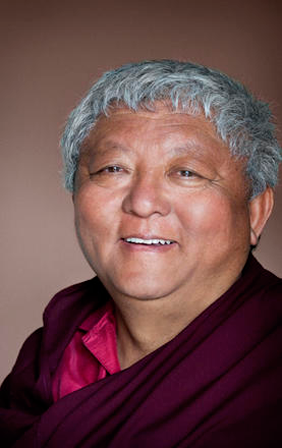